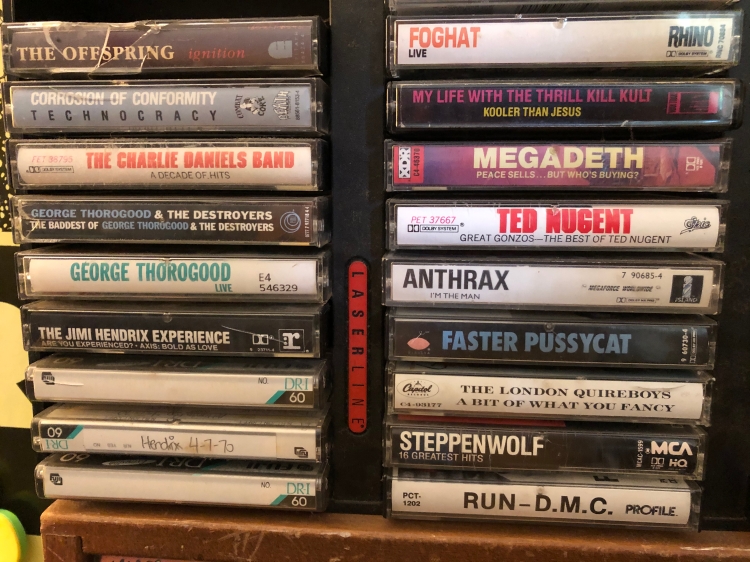 The watch & listen section of level:deepsouth is for recollections and ruminations on songs or albums, record stores or music collections, movies or movie theaters or TV shows that were important, for whatever reason. In an era before the downloads and streaming services, music was harder to come by and easier to steal, shows only came on at a certain time, and record stores and movie theaters were the hubs where people met and hung out and found out what was going on. Whether it was a dubbed copy of Sonic Youth’s Goo or a scratched-up Elvis record pilfered from a parent’s collection, whether it was Return of the Jedi on the big screen or Old Yeller on a Saturday afternoon rerun or Suburbia rented on VHS, music and movies were hallmarks of identity for many Gen-Xers. And while it’s important to write about real events and real people, it’s also important to give some of our attention to the tunes on the radio or the films on the screen that were playing while it all happened.

Writer, editor, teacher in Montgomery, Alabama | author of "Closed Ranks" and "I Just Make People Up" | editor of "level:deepsouth" and "Nobody's Home" | coordinator of the Fitzgerald Museum's Literary Contest View all posts by Foster Dickson

One thought on “watch & listen— for the songs, records, tapes, CDs, concerts, movies, and TV shows of Generation X”

This site uses Akismet to reduce spam. Learn how your comment data is processed.